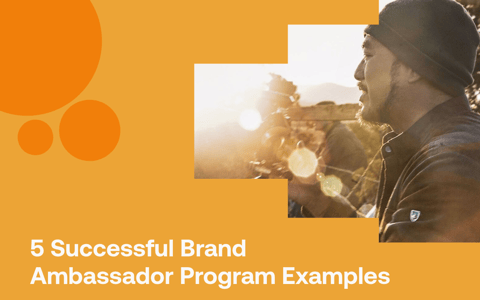 Common Versions of the Statistic

The Source of the Statistic

The source of the statistic is in a book named ‘The Ultimate Question’ by Fred Reichheld published in 2006.

The exact quote is “A twelve-point increase in NPS leads to a doubling in a company’s rate of growth.”

It is referring to a study by Bain in association with Satmetrix undertaken in 2001-2003. Full details of the study can be found later in this article.

The quote is clearly not identical to the versions of the statistic normally used. There are three key differences.

This article explains why the alternative versions of the statistics are broadly accurate representations of the original findings, but it is important to be clear in the assumptions made when changing the statistic.

Advocacy instead of NPS

In simple terms, advocacy is support, recommendation, or promotion of an institution or cause. Brand Advocacy or Customer Advocacy refers to a customer who shares a positive experience of a brand or a product with a colleague, friend or family. An advocate is like a sports fan that shouts loudly and wears the team uniform, instead of merely quietly rooting for a team from the sidelines. Advocates are not afraid to speak up about the product or idea they support--they are proud to talk about and share with other people the thing they support. Advocacy, when done right, is organic, authentic, and effective. Harnessing the power of customer advocacy can increase a brand’s word-of-mouth mentions and its perceived level of authenticity, as referrals from other consumers are often taken more seriously than a brand’s self-promotion. Utilizing advocacy allows companies to turn consumers into ambassadors and capitalize on more genuine and trustworthy marketing.

How is Advocacy measured (The Net Promoter Score)?

Advocacy is measured using the Net Promoter Score (NPS). The NPS is a tool that measures a brand’s customer likelihood to recommend on a scale from -100 to 100 and can provide a theoretical score for the level of customer advocacy (or lack thereof). Introduced by Fred Reichheld in 2003, the NPS assesses customers by asking them a single question: “how likely are you to recommend this company’s product or service to a friend or colleague?” Customers answer on a scale of 0-10, with 0 meaning not at all likely. Next, customers are divided into three categories based on their answer. Customers who answer 6 or below are known as detractors--they are not impressed by the company and could spread negative word of mouth reviews. Customers who answer 7 or 8 are called passives, who neither help nor hurt a company’s reputation with their reviews. Lastly, customers who answer 9 or 10 are referred to as promoters. Promoters love a company’s product or service and speak highly of it to others. Finally, the NPS is calculated by subtracting percentage of detractor customers from the percentage of promoter consumers. The closer a score is to 100, the more likely a company’s customers are to recommend them. A score closer to -100 shows that customers are very unlikely to promote or speak highly of a company’s product or service.

Is Advocacy a reasonable substitute for NPS?

NPS is a measure of Advocacy, therefore, in this case the change is justifiable.

A twelve point increase in NPS is not strictly an increase of 12% in Brand Advocacy. While the Net Promoter Score is a measurement of brand advocacy, the NPS is not measured on a scale of 0-100. Instead NPS is scaled from -100 to 100 so cannot be easily translated into a percent.

Some might argue that the positive NPS scores refer to advocacy, and the negative scores refer to detractors - however, examining the data in the appendix shows us that the 12 point increase figure was calculated using both negative and positive NPS scores. Therefore, a twelve point increase in NPS is not exactly equivalent to 12% increase, but is a similar score to the others.

The majority of the research done by Bain in the book was researching Revenue Growth, meaning that we can probably imply that Reichheld means Rate of Revenue Growth by Rate of Growth. However, the Appendix uses a number of different metrix of growth, so we cannot be 100% sure of this.

Satmetrix tracked “would recommend” scores of customers over a few years representing four-hundred-plus companies in more than two dozen industries. In order to acquire this data, they had purchased email addresses and offering respondents a chance to win a $500 gift certificate at Amazon.com.

They used a brief e-mail survey asking respondents to rate one or two companies with which they were familiar. They started in 2001 and finished the study in 2003. At the end of the study, there were 150,000 respondents. They then broke this database down into business sectors composed of direct competitors. They then calculated NPS for companies that generated at least 100 responses, then plotted each company's NPS against its revenue growth rate.

Problems with the Study

It should be noted that these studies were initially based on a correlation. It may not be the case that this implies that this was driving the effect (as “leads to” in the original quote implies). However, the appendix uses a regression model, which should be a good indicator of causation. More clarification needs to be made.

This number is also an average based on many different industries, so this average many not reflect specific industries accurately.

Moreover, this statistic is now extremely old. The study was completed in 2003, with data originating from as early as 2001. Almost 20 years later, this study may under represent the effect of advocacy, because of the effect of Social Media, or underestimate it because of greater competition.

Broadly, although the statistic is not referenced in the manner originally stated by the author of the study, the permutations normally used are a good representation of the original data.